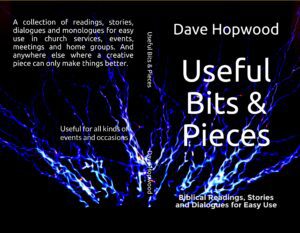 Readings, stories and sketches for easy use in services, events, home meetings and lots of other places.

I look back on it every year around this time. And I can't help but wonder - was it our fault? Did we start it? We'd been on that road all that time. Carefully following the charts, cutting a new path, drawing on Balaam's ancient prophecy. And what did we do? Fall at the last hurdle. We were looking for a good king so we went to see a bad king instead. Some might say we weren't to know, couldn't have imagined the fallout from that visit. But we can't deny what happened.
We weren't there afterwards, didn't hear the screams or smell the blood. We were just told. Stopped by a gasping, wild-eyed messenger as we journeyed back, I remember clambering off my camel, twisting my ankle as I fell, and being sick in the road. The other two, bantering happily a second before about the new king, turned and stared back at Bethlehem, their mouths twisted and hanging open like gashed windows. No one spoke for quite a while. Eventually we rode on in silence. Herod had worn a mask of mock wonder when we visited him, swore blind he wanted to worship this new king. Promised on his mother that he would go if we just popped back and let him know the whereabouts.
We didn't pop back and we didn't tell him, and he didn't go. But he sent troops instead. And the troops brought a death wish. A killing curse. And when they'd finished children lay stone-still in the streets. The future of Bethlehem cut down. The babies' crying replaced with that of their mothers. So I wonder - what would have happened if we hadn't dropped by on the palace? If we'd stayed away from the sick, paranoid king. Would he have heard another way? Would he have perpetrated slaughter anyway? I'll never know, but I think on it each year around this time.
That was three decades ago now, but the memory lingers, like an open wound. My travelling companions died a while back, but I have heard it said that the Bethlehem baby has grown up - the one boy not cut down that night. And something is nudging me to saddle up again and pay him a visit. Perhaps there'll be some kind of healing for me in doing that... I may well go.

Jacob (reflecting):
I don’t count my sheep anymore. They say I’m doing well these days. My livestock are thriving. Things go well. But I don’t care. Not now. There was a time when gathering sheep and goats was a major preoccupation. Of course it was, it was everything. I did plenty of deals and fast talking in order to feather the nest. But I don’t care now. Too painful to think on.
I met a man the other day. A stranger. He dropped by and we did the usual thing. Welcomed him with feasting and drinking. It was only half way through the evening that he mentioned it. That day out at Shechem. I thought he was raising the spectre of Simeon and Levi. Even feared for a moment that he might be here on some kind of killing spree. A hired man come with belated revenge in his fist for the attack on the Shechem men. Those boys ran wild that day. Retribution they called it for Shechem’s violation of their sister. But it was appalling. Not an eye for an eye. A sack full of eyes. A cart load. God knows I was broken by the attack on Dinah. But these boys knew no restraint. No shame.
But it wasn’t about that. No, it seems he had another son in mind. The one always on my mind. He met him once he said. Had a chat with him. Said he seemed like a nice guy. Course he was. Not the slaughtering sought like Simeon or Levi. Or the carnal kind like Judah or Reuben. Off sleeping with women like there’s no tomorrow. It was only as the conversation progressed that I realised. He hadn’t just met on any day. On a day when everything was normal. On a day when the sun rose and set and life continued as usual. No. He met him… on that day. In fact… this was the thing, this was what cut deep, this what added to the chill in my heart… he found him wandering lost, looking for his brothers. In Shechem. Did he send him home, did he send him safely back to me? No. Not at all. He’d heard the brothers talking, knew they’d left and headed for Dothan. That Canaanite centre that Judah loves so much. Plenty of water and amenities there. Plenty of women no doubt too.
Why? Why did he have to tell me about it now? Why did he have to do it in the first place? This stupid interfering stranger. If he hadn’t have bumped into Joe that day, if he hadn’t overheard the other boys, if he hadn’t gone out of his way to tell Joe where they were… he’d be alive. My boy. Rachel’s son. He’d still be here. Wouldn’t he? Still grinning and warming my heart and going on and on about his dreams. Wouldn’t have got attacked and killed. I wouldn’t be sitting here now with that bloody coat of his in that dark corner.
It was odd when he left. That stranger. Didn’t so much walk off into the distance. He started walking but then there was a strange kind of shimmering. He sort of faded. Long before I’d have expected him to disappear from my sight. He was just gone. Almost like… well I saw angels in a dream once. Going up and down between heaven and earth. He wasn’t quite like that, and yet, I couldn’t help wondering. He guided Joe, like they guided me. I wrestled with an angel once too. All night. Now this stranger was more like that. He smiled as he went, told me the story wasn’t finished. What did that mean? Not finished? And something about what was intended for harm being turned to good. Those were his final words. Confusing.
I don’t count my sheep anymore. I can’t. Because I sent Joe to do it that day. Sent him to check on his wayward brothers and make sure my property was being looked after. And it got him killed. If only I…
I can’t worry about sheep any more.

A little festive reading/sketch for a narrator (N) and a group of readers. There are 9 readers here (1-9), but you could do it with less.

N. Right. Drama group – up you come. Let’s practice the Peace on Earth reading. Come on.
The group walk on and start reading.
1. Christmas is a time for peace
2. It’s a time for harmony
3. A time for caring and coming together as one.
4. For a son is born to us, and he will be called The Prince of Peace
5. His ever-expanding reign will be one of reconciliation and peace.
6. Wild animals will lie down together, children will play with snakes.
7. Everyone will live in harmony and safety.
8. Peace will be the watchword of the day
9. And harsh words will never again be heard in the land.
N. Great. That’s perfect.
1. Well I was all right – but she’s too quiet.
2. No I’m not – you speak too fast.
3. She does not! If anyone’s got a problem it’s you.
4. Shut up! Stop going on at her.
5. Don’t tell her to shut up!
6. Yea, or we’ll both shut you up.
7. Don’t make me laugh – you couldn’t shut anyone up.
8. Stop arguing you lot.
9. Yea – stop going on at each other!
All We’re not arguing!
8&9 Yes you are.
All Oh no we’re not.
8&9 Oh yes you are!
All Oh no we’re not.
8&9 Oh yes you are! (etc.)
N. All right – let’s stop being childish.
All We are not being childish!
N. Be quiet!
All (Mimicking) Be quiet!
N. All right – let’s move on.
All (Mimicking) All right! Let’s move on.
They walk off still arguing.