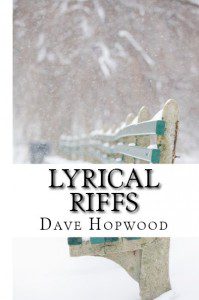 120 readings drawing on Bible verses. Useful for church services, events, small groups or personal reflections. Each reading features a repeated line which drives the piece forward and develops the meaning as the reading progresses.


3. The Peoples’ Prayer
A man on a corner lifts his head to the sky, his blank face speaking silently
Our father, in heaven
A teenager sucks on a cigarette and blows the smoke to the heavens
May your name be honoured
A worker who wouldn’t dare be too vocal about his beliefs fingers the cross in his ear
Your kingdom come, your will be done
A group of soldiers rebuild a school that’s been recently bombed out
On earth as it is in heaven
A college girl pays triple for a copy of The Big Issue
Give us this day our daily bread
He bites his lip and shakes his head with regret
And forgive us for the things we do wrong
She jabs the keys on her mobile phone, framing the apology in her mind
As we forgive those who do wrong to us
A bus queue of agnostics send up silent cries for help about the coming day
For yours is the kingdom, the power and the glory
She watches the clock as another difficult afternoon finally closes
Forever and ever, Amen.


123. On The Beach
When Jesus met Peter on that beach
After Peter had denied knowing him three times
Jesus didn’t
Confront him and make him feel small
Hold a grudge for years
Ask him to grovel and plead in the sand
Order him to work hard for his forgiveness.

When Peter met Jesus on that beach
After he had denied knowing him three times
Jesus asked him three times
‘Do you love me?’
And then he gave him a new start
A fresh beginning
‘Come, be my disciple,’ he said, ‘follow me.’

When we meet Jesus each morning
After another yesterday of ups and downs
Jesus doesn’t
Confront us and make us feel small
Hold a grudge for years
Ask us to grovel and plead in the sand
Order us to work hard for our forgiveness.

Instead
Jesus asks us again
‘Do you love me?’
Even with the little love we have
And he offers us a new start
A fresh beginning,
‘Come, be my disciple,’ he says, ‘follow me.’


124. There
I was there at the start when everything began
When the lights first came on and breath came into man.
I was with you in the days that followed on from there
As things began to drift, with rebellion in the air.

I was there when the first brother killed the other one
When the stain of violence soiled the world, so much good undone.
I was there in every battle, meeting those on every side
Befriending anyone who’d notice as I crossed the great divide.

I’ve been there in the peace, in the failure and success
In the hopes and dreams and crashes, every mire every mess.
But I’ve never been there more than on the day of Roman death
When they took me, beat and nailed me, and stole my final breath.

And there in that garden, when the tomb was cracked in two
When faithful women looked for me and wondered what to do.
When life was reinvented and resurrection filled the air
The sign that I would never leave… that I would, yes… be always there. Joshua 1 v 9, Matthew 28 v 20


125. Gaps
God in the gaps
In that thin moment after breathing out
Before breathing in
In that whispery pause before the service
And the shuffling lull as it comes to an end
In the unexpected places
The un-spiritual zones
The surprising moments
The disorganised moments
The disruptive moments
In the shadowed nooks
In the dusty corners
In the cluttered places
The Monday mess
The Tuesday chores
The Wednesday work
And the Thursday thankless tasks
When everyone around is expecting something else
God arrives
In strange disguise
In the gaps.