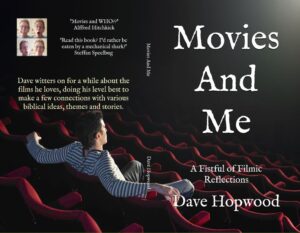 I first saw Papillon in my early teens, at some point in the 1970s. It starred Steve McQueen, who I had seen and loved in The Great Escape. The Cooler King with the even cooler attitude. Papillon was another escape movie, but this one had a darker heart. In 1933 Henri Charrière, a.k.a. Papillon (butterfly) was shipped to the French penal colony in humid and brutal French Guiana. On the way he befriended Louis Dega (Dustin Hoffman), a forger with money to spare. In the years that follow Papillon does his level best to say bye bye to the harsh and fetid prison. He fails more often than he succeeds. And a motorbike won’t get him over the hills and far away in this yarn. I recently watched the new version, with Charlie Hunnam in Mr McQ’s role. It’s good but… you just don’t feel that heat, or sense the sweat and putrid air in the same way somehow.

I read Charriere’s book in 1988, and it dropped a little seed into my thinking. The book is longer and features many more adventures, but when Papillon is floating to freedom on a coconut raft, smack in the middle of an endless sea, he looks up at the sky and around at the water and starts talking about God. And how nature speaks of his presence. I almost did a double take. Here, in this brutal, squalid book about prison and the battles to break out, was this moment which brought the focus right back on God. I wasn’t reading a Christian book, not at all, and yet God was waiting for me on this page. And that stayed with me, the idea that you can encounter God anywhere, and not least in ordinary books and films.

Occasionally a film comes along that instantly scoops me up, and I do my best to watch it several times. It happened with Reservoir Dogs, Pulp Fiction, JFK, Goldeneye, Notting Hill, What We Did On Our Holiday and Spotlight.
And Yesterday.
Richard Curtis’s wonderful film about a world where no one but Jack Malik knows the songs of the Beatles. The posters actually advertised the premise incorrectly. They announced that everyone else had forgotten the Beatles, but as the story unfolds it’s as if no one else has ever heard of them. And this is rather fortunate for Jack because he is a failing singer-songwriter on the verge of giving up. He doesn’t have enough decent songs and just can’t get a break, until the night a strange accident puts him in hospital, where he wakes up to find that the Beatles as he knows them, never existed. And so he begins scribbling down their songs and recording a few of them. Before he knows it Ed Sheeran is knocking on his door (yes, the real Ed Sheeran) and fame is a-calling.

Imagine if you were part of a crowd gathered around a painting of twelve men eating together. People are oohing and aahing about it. There is no food on the table and a gap in the middle of the group, but no one seems to notice that. They just thinking the picture is fabulous. What you want to do though is grab a chair, leap on it and yell, ‘Hang on! There’s something missing from this picture!’ Three things in fact. Bread, wine and Jesus. You see, Jack Malik lives in a world where no one knows about the Beatles. We live in a world where it sometimes feels as if a lot of folk don’t know about the carpenter from Nazareth. As if he’d never been. As if Leonardo DiCaprio… oh sorry... I mean Davinci, had never painted a picture of the last supper. Or if he did all the best bits were missing. It’s become just a bunch of mates arguing round an empty table. The heart of it, the reality, the life… is missing.

Jack Malik appropriates the Beatles back catalogue, starts singing those great songs. Admittedly at first he does it for gain and fame. But he’s getting the music out there. And people want to join in. There is a great clip on YouTube of a huge crowd in Trafalgar Square singing along to Hey Jude, it doesn’t matter whether they can sing or not, they are all invited to join in. Search on YouTube for ‘Hey Jude flash mob’ and you should find it. It’s a T-Mobile advert.

I love it because everyone is welcome. Some can sing, some can’t. And that’s the invitation from Jesus, make a start, join in, it doesn’t matter if you are any good at being a Christian, just take a step. He’s not looking for experts, he’s never really had any to work with anyway. He wants real people, ordinary, bumbling, hungry people. Those willing to find out what’s truly going on at the Last Supper.