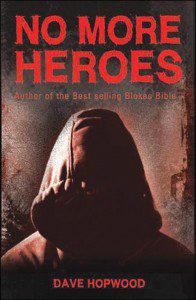 This is a contemporary tale of three men, their women and their dads. Very much in the style of Tony Parsons or Nick Hornby. Three Biblical characters brought bang up to date. What is Jake’s secret? What is Cain up to? Can Sol stop being so restless and find some meaning? And where is the beautiful Abby? Three ancient stories, rebooted and retold in a story of drama, intrigue and rock’n’roll.

There was blood everywhere. I mean everywhere. The caesarean had been a hasty job: the twins were at 39 weeks and leaving it much longer would have been dangerous. The mother’s eyes were wide with a strange brew of terror and wonder. The wide-eyed stare softened as the surgeon presented her with an instant family. Two blinking, gulping creatures coated in a grey and red slime. Strange ugly aliens that were to her the most beautiful creatures on the planet. The nurse began to wipe them down.
‘Never seen that before,’ she said. ‘The smaller one won’t let go of his brother.’
Rebekah looked at the two through tear-drenched eyes. One of the boys was indeed clutching the foot of the other one as if he’d never release it. The child squealed as the nurse unclamped the tiny perfect fingers.
‘Come on sweet pea, you’ve got a good grip,’ she said. ‘You’ll be great at opening jars. That and hanging off cliff faces.’
And before she’d even finished he’d clutched at his mother’s little finger and was hanging on for dear life.
The day they were born their father visited his bank, withdrew an obscene amount of money and invested it in a clutch of South African diamonds, which he then deposited in an entirely different bank, in a safety deposit box deep in a chilled vault along with other people’s secrets and keepsakes. Their father was an astute and successful businessman. Those diamonds would buy the boys a future.

On the same day Adam’s first son plopped out onto an old rug in the family home. The baby’s mother had always sworn she’d give birth at home. She’d been through plenty; she wouldn’t be fazed by the simple production of a screaming child. When the local midwife arrived Adam was sitting on the floor sweating, with a glass of whisky in one hand and a pair of amniotic-fluid-smeared scissors in the other.

David, meanwhile, was celebrating his boy’s second birthday. Champagne flowed and the nightclub was packed with the bodies of the great and the good. His son wasn’t there, of course, and he wasn’t David first-born, but he was special: so said the local priest, an old friend of David’s with features like Gandalf and the prophetic ramblings to match. He’d baptized the boy, stared deep into his soul and pronounced him divinely anointed. David had been chuffed: only a year before he’d lost his previous child and the agony still burned like acid in his soul. But this son was a panacea – he’d want for nothing and David would make sure he’d become the brightest boy in the land.

As the twins grew up it became blindingly obvious – Jake and his brother Esau were different.

On Cain’s fifth birthday his parents celebrated by dumping him with some friends he didn’t know very well and rushing into hospital. He figured there’d be a proper party when they came back. There wasn’t. Instead there was a struggling new baby who now demanded all the attention: attention that had previously been given to him. Cain never recovered.
As the years passed it was clear that the new baby was favourite. Cain, the prototype, had been improved upon, and everybody seemed to consider mark two a vastly improved model. Cain tried his best but he couldn’t help slipping further into the shadows, and in the semi-darkness he brooded on his misfortune and plotted ways to win back his parents’ attention.


The hunt for Black Hawk Down