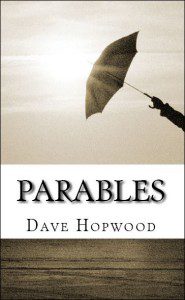 A collection of stories to chew on. Yarns with an eye on another world. Thoughts in the guise of a good story.

The Guise of a Good Story

Ideas sometimes come to us in the guise of a good story. They might be the kind of ideas that make us laugh, warm our heart, challenge our preconceptions, wake us up to danger or open our eyes to another world.
This little collection of yarns is my poor attempt at the genre. When Jesus told his timeless stories he only explained two of them. You’ll notice I’ve followed his pattern. There are no explanations, just the odd Bible reference on a few of the stories.
As I have attempted to write these tales I have discovered something. You have to let go of your ideas. You begin with an intention but then the thing gets away from you, opens out and becomes larger. You see things in the story you had not considered before. In a sermon you nail your colours firmly to the pulpit. In a parable you have to let go of them. Which of course means risking being misunderstood. But that’s the nature of it.
Thanks for reading this little collection.
Hope you enjoy them and find them thoughtful.

I broke into God's bedroom last night.
I was drunk as usual. It's become a habit at the moment, too fed up with my life, too despondent to stop having that extra glass. And the one after that. So I wandered home and got lost. Found myself on the dark side of the city. Bespoke cars zoomed past me, thudding out the beat of the night. The younger generation, covered in bling rather than clothes, sat inside the vehicles and eyeballed me, but no one stopped. So I wandered on. Past the night clubs and the dancing dens. The lights faded and I found myself staggering down side alleys littered with slumped bodies and discarded needles. I crashed on past the bits of broken humanity hoping that I'd be ignored, praying that one of these snaking, godforsaken lanes would suddenly land me in my home street on the safe side of town.
And suddenly there it was. Right in front of me. Windows blazing, lighting up the dead, dark sky.
A massive mansion. Complete with expansive, manicured lawns and huge gleaming pearly gates. I climbed the fence. There might have been barbed wire on the top but I didn't care. There might have been dogs on the other side and guards with tazers and guns, but so what. I took the chance. There was no siren, no alarm, no barked orders or running feet. Somehow I slipped through a crack in their defences. I snuck across the grass and made it to the premises. Crystal ivy snaked up the walls so I took a hold and followed it up. I climbed for a while, past neatly curtained windows and tidy verandas, and eventually got to the top and the biggest French windows in the world. I climbed onto the balcony and tried one of the platinum handles...

The Boys of Summer

She'd seen them many times before. Watched them all summer. And she'd often wondered about joining in. This particular morning she'd seen Steg shove his old camera in his pocket, watched Jack pump the tyres of his bike and studied Cal as he filled his water bottle. There was clearly some big adventure in the air.
So she made her move. Waited for them to hit the woods then leapt out of the undergrowth into their path, sending them screeching left and right, fists gripping at the brakes, tyres squealing and skidding in the loose grit and dirt. She grinned at them as they looked back at her, their faces grimy and covered in solid scowls.
'You idiot!' they snarled.
But she only laughed. Laughed and helped them up with their bikes.
'No harm done,' she said as they dusted themselves off and nursed their knuckle scrapes. 'Where you lot going? Can I come?'
'No.'
She made a face. Her turn to scowl. 'Why not?'
'Cause we're doing stuff.'
'I can do stuff, I can do better stuff than you.'
'Like what exactly?' Cal squinted at her and sniffed...

Once there was a boy called Mark who loved the colour red. He had shoes, jumpers, jackets, wristbands - all coloured red. His bedroom was painted red, and he nagged his parents until they bought a red car. Then one day he was hit by a motorbike on his way to school, there was no serious damage done, but the impact was huge. Suddenly red was no longer such a great colour. Because the motorbike that hit him was red. For a while he said nothing, but he did a lot of thinking. Red was a great colour, it wasn't supposed to be a bad thing. But now every time he saw anything red it brought back those feelings. Feelings that weren't good. So he came up with an idea. He would change things. Just secretly, just for himself. From now on he would call blue red, so he could still have red as his favourite colour and it would no longer upset him. So he did. A couple of years went by before he told someone. A girl he had fallen in love with. She liked the idea and put it out on her Facebook page. She'd never been a fan of the colour red anyway, so to swap it to blue seemed a great idea. She started an online discussion...