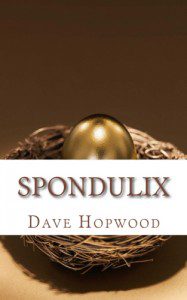 A tale of crime, greed, guns & cash and what happens when you put them all together.

Thirty five years ago. A fifteen year old boy stands on the touch line and waits. The two brothers doing the choosing are not subtle in their debate. The fifteen year old and one other boy, an oversized lad going by the name of Medina, are the only choices left. It’s always the way. Gish is always the last to be chosen. No one much likes him or thinks he’s any good. But he’s storing it up, using it as ammunition. One day things will be different. One day these two snide brothers will be on the touchline, and he’ll be debating what to do with them. It’s history in the making.
*
Three weeks ago. The time is 12.37pm. The place is a petrol station and a gunman is holding up the counter staff inside the shop. He sports the mandatory balaclava and stands legs akimbo. He grips the handgun with the fist of his right hand, nestling it in the palm of his left, extended at arm’s length. It’s an old Beretta 84, the casing scarred and dented. He has it trained on Angie Jacks and another girl, swinging it from one to the other like a deadly pendulum. The other girl, Debs McGovern, is behind the counter emptying the till. Angie is out front, her hands raised and behind her head. They both wear the bright orange company jacket. It doesn’t do much for either of them. Angie is skinny, some might call it underweight, but she eats plenty, just has an active thyroid. Her hair is streaked ash blonde, mid-length but hacked about a bit from her last impetuous attempts to shorten it. Her skin is randomly freckled and lightly tanned from sporadic moments spent on a sunbed. Pretty face, though she doesn’t think so, what girl does? Debs is the opposite, eats plenty and it’s all on show there. Long black hair, piled up on her head. Plenty of make-up going on around her eyes. Angie is staring at the clock and struggling to stifle a yawn.
“Sorry,” she says, “I was up late last night.”
She yawns again.
“Shut up.” The gunman means it.
“It was this Turkish film I started watching - Boredom in another kitchen I think it was called. First the father comes in and spouts off at the mother about his car, then the uncle comes in and spouts off at the father about the mother. Then the mother spouts off...”
“I told you to shut up.”
*
Three weeks later. The High Street in Duane and Angie’s hometown. It’s busy but there’s an undercurrent too. It’s a shifty place of dark doings, a town of shady characters and hidden stories.

Duane and Angie are on the run. A great deal has happened. Duane is wounded, and there is the occasional spatter of blood on the sidewalk. The street rattles with the sound of their hurried steps. Clack scuff, clack scuff. The clacking of Angie’s heels and the scuffing of Duane’s trainers. They keep running and looking back. But inevitably Duane stops. He has to, his life is fast escaping his punctured body. The energy ebbing away, like the sand dribbling through an hourglass.
“Can’t keep running...” he says, his voice a rush of clammy, breathy gasps.
Angie looks round hurriedly. She sees a doorway. It’s their one chance.
Angie says, “Quick, in here.” And she hauls him and his seeping wound inside the building. In through the arched stone doorway. They stop dead, their faces straight and staring.
They are in church. Not a dark, damp, midnight building but a bright, cheery, face-filled place. It is, after all, Christmas Eve. The place is full of people. A hundred different faces look round to see what the commotion is. As the faces turn their lips continue with the carol - “O come all ye faithful, joyful and triumphant...” Duane and Angie aren’t feeling either of these emotions, and they haven’t come faithfully, Duane hasn’t been in a church for two decades. Whether or not the congregation knows this is not clear, the faces turn away again.
“No way! Not in here,” cries Duane, though he is effectively helpless to resist.
Angie, on the other hand, can’t believe their luck. This could be good, very good.
“Why not?” she says. “It’s perfect, come on.”
That’s Angie all over. Quick thinking, some might say impulsive. Sees it, goes for it. They are both skinny which makes it easy to squeeze into the nearby row of seats, past adults and children, the bemused faces staring at them. Duane’s blood drips onto a young child’s shoe.
Duane says, “Sorry.”