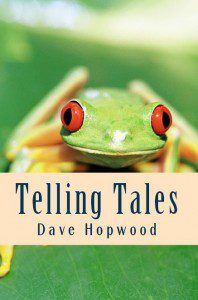 135 interactive Bible stories for all ages.

Tell the Bible in an engaging, entertaining way which involves any audience.
Very little preparation needed. Contemporary and accessible.
This is a complete and combined edition of the previously published Telling Tales, Telling More Tales and Telling Even More Tales.

Many of these stories take a contemporary angle in some of the responses. For example, in this story whenever the word Made is mentioned everyone should pretend to mix cement, as if about to build a house or a wall. This is a deliberate ploy to help the children to think about these stories in a way which they can relate to, of course it is highly unlikely that God did use sand and cement when he set to work on this planet - but who knows!


When God made everything, he took the heavens and spread them out like a very big tent. Then he rode around the earth on top of the clouds as if they were a white chariot. He made springs begin to flow in the valleys, and rivers in the hills. He watched as the animals came to the water to drink when they were thirsty, and nearby, in the trees that God had planted, the birds began to sing. He made rain and dropped it from the sky, and it helped the earth and made things grow. There was grass for the cows to eat, and plants and vegetables for the people. Crops began to grow, and the people made lovely fresh bread from the corn, and wine from the grapes. The tall trees on the mountains got plenty of rain as well, God was proud of those trees, he planted them himself. The birds came and made nests in the trees and wild goats lived in the mountains and badgers in the cliffs.

God made the sun and moon to show us day and night, and each new month as it came around. He made the night, and that was the time that lots of the animals went hunting for food to eat. The lions went out hunting and roared with all their might as they looked for food to eat which God had provided, but when the sun came up they stopped hunting and went back to their dens to sleep, while all the people got up and went to work.

The earth is crammed full of animals that God has made, and the sea is full of fish and creatures - there are too many of them to ever count. He sends rain to give us all food to eat, and to water the trees he has planted.

He has made so many things and we all depend on him. Let us always remember that the earth is God's - and let's thank him for everything he has made.

Noah and the Ark

Alternatively - You may like to deliver this as a rap. Get the audience to click to a rhythm, and one or two readers then read the story in time. You may need to adapt the script slightly for this! And you need to deliver it with confidence.


"Hey Noah!" said God,
"I know it sounds odd,
But I want you to build a boat.
I want it just this big,
And just this wide,
And make sure it can float!"

"I'm not too pleased
About the sleezy
Things I see down there.
All the people hate each other
And no one seems to care."

"I'll make it plain -
It's going to rain.
Hang on, I've not finished yet!
You and your folks will be alright -
But the people will all get wet!"

"When the rain starts coming
Just start running
And leap aboard the boat,
Take all the animals with you
And take a good strong coat."

"Take lots of bugs,
And snails and slugs,
Monkeys, dogs and cats,
Spiders, creepy crawlies,
And lots of vampire bats!"

"No, wait a minute,
There won't be room in it!
Just two of each for a start.
Two mice, two rats, two hamsters,
And keep the rabbits well apart!"

"When the rain's come down
And the people have drowned
It will be such a shame.
But at least the world will have had a good wash
And we can all start again."

"So listen, son,
This must be done,
It's no use you complainin'
Just get a brolly, build that boat,
And I'll see you when it stops raining."


Joseph had a cool coat and eleven brothers - so the house was a bit of a squash. They all had long names and he often used to forget them and mix them up. So he called his brothers - (Count on fingers) Rube, Sim, Lev, Jude, Iss, Zeb, Ben, Dan, Gad, Ash and Naff - for short. They called him a pain! Partly because he kept forgetting their names, and partly because he had really wild dreams. He dreamt about everything - lions, marmite, gladiators, stars, shredded wheat and even a pig called Babe!
He always told his brothers about the dreams - and they told him about their dream - which was to get rid of Joseph - forever!

One night Joseph dreamt that he was in charge of all his brothers, a bit like being the prime minister. He thought the dream was a great idea, so he told his brothers, and they had a great idea. They took Joseph out in the desert and dropped him into a hole, then they ran off. Later they came back and said sorry, then they sold him as a slave to some people from Egypt.

In Egypt Joseph ended up in a really big house. The owner was called Potiphar - but Joseph soon shortened it to Potty, so he wouldn't forget it. Potty's wife was very beautiful, and one day she tried to kiss Joseph, so he panicked and jumped out of the window, leaving his coat behind. Luckily the window was on the ground floor - but unluckily he landed on top of Potty who was so angry he flung him into prison.
Well, it's a very long story - but in the end God got Joseph out of prison, he met the King of Egypt, became Prime Minister, and was put in charge of everyone - including his brothers, which was exactly what was in his dream.