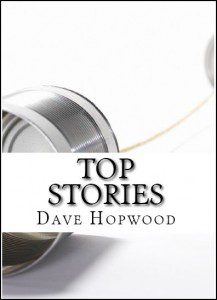 A collection of Biblical parables retold with humorous & serious reflections. Takes the ancient wisdom and brings it bang up to date.

Sowing the Seeds of Love
(The Sower)

Dave’s Version of the parable


A rich businessman decided he wanted to give something to the people in his local village. Times were hard because of the austerity measures and he was keen to help folks out a bit. The problem was that the locals were a resourceful and self-sufficient people and they would be offended if he just rolled up on their doorsteps and gave them some money. So he brainstormed with his business manager and they came up with a scheme. Scratch cards. Free scratch cards distributed with the free local newspaper to every house in the village. Everyone could benefit, all they had to do was scratch off three boxes and see what they had won. The difference with these cards was that everyone would be a winner. There were no losers. There was no chance, which-ever boxes you scratched off, that you would end up with nothing.
It would be a way of giving local folks some extra cash without it feeling too much like charity.
So he had the cards printed and inserted inside the week’s paper.
Some of the scratch cards never made it to the houses. They fell out of the papers into the street and as it was raining they were washed down the drain or trampled in the gutters. Some of the cards arrived okay and were noticed by the readers but before the people could scratch off the boxes and see what they’d won the cards were mislaid, some falling down the back of the sofa others mistakenly thrown into the recycling. Other cards were spotted but disregarded by the readers as being too good to be true, and still others were found and scratched but then lost or forgotten about or eaten by the dog before they could be cashed in.

However some people did see the cards, read them, scratch them and take them to the local shop where they were able to cash them in and come home a lot richer. Some of those people won £5000, some £10,000 and some £15,000, but all of them were winners and benefited from the rich man’s generosity.


The Bit Where Dave Explains How to Hear a Good Story…

A lot of stories have a hidden meaning, in the same way that a packet of cereal used to contain a free plastic zoo animal. Not everyone benefited though. Some people never got to the bottom of the packet and missed out on the bright yellow giraffe.

Others came across it totally by accident when lifting their spoon and finding a grinning hippo sitting on it. Some were so busy reading the back of the packet that they were chewing on a rubber crocodile before they knew what was going on. Some people read the news about the packet containing a free carnivore and were amused but reluctant to get too close, others were just annoyed by the dangerous possibility of swallowing a pink peacock.

It’s easy to miss the plastic toy in the cereal packet of life. Reluctance, distraction, busyness, or not having a big enough spoon can mean we never find ourselves nursing the scarlet sabre-toothed tiger or the maroon woolly mammoth. But there are many chances. Buy a second packet and you may well discover the dirt-brown dingo you missed the first time round. Buy a third one and there could be a silver sloth waiting for you.

The man from Nazareth pointed out that to hear you must use your ears and to see you must use your eyes. Try it the other way round and you’ll just be walking into walls and knocking your knee on every coffee table in the northern hemisphere. Some people like the truth on a plate, preferably spoon-fed. But like revenge, any dish served cold may not be too appealing. Better to have the truth served up in a tasty casserole with a choice of starter, the promise of pudding and a crusty bread roll.

Chewing on parables and allegories is not unlike eating paella. You have to pull things apart, take bits out, fiddle with the inedible bits and generally get your hands dirty. Don’t expect cod and chips and a wodge of mushy peas here. The process can be quite exhausting – but worth the trouble. So keep your eyes peeled and your ears pinned back, your nostrils flared and your tongue on alert. You never know what you might find leaping out of the undergrowth when a story- teller strikes up…