Lucy Housestairs and the Assassins 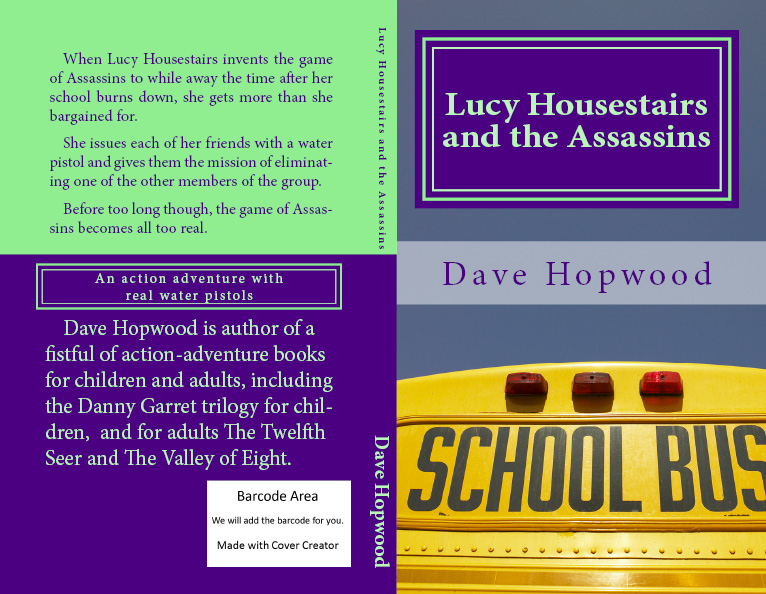 I first met Lucy on a train travelling to her aunt’s. Not me, I wasn’t travelling there, she was – I didn’t know her aunt, I was going home. It was the Easter holidays you see, and I was going to stay with my dad out in the country. He’s got a whacking great house with a river running along the bottom of the back garden and a meadow beyond that which is perfect for playing football and sunbathing. Anyway, back to Lucy… she was a bright, wild-looking girl with ragged, shocking red hair and green eyes that flashed like traffic lights whenever a good idea struck her. She told me that this happened a lot, good ideas seemed to rain down on Lucy Housestairs a bit like raindrops on the rest of us on a wet Friday. Funnily enough it was actually a Friday when I met her. Not wet though, a beautifully mild spring evening in early April. We sat opposite each other in a plush blue and white railway carriage. The old fashioned kind where you had your own compartment, with a sliding door on one side that led out onto a corridor, and an exit door on the other. Pretty posh really, except for the old Coke can we could hear rolling about under the seats, rattle rattle. It never seemed to stop for longer than a minute and it punctuated our conversation at regular intervals. It was Lucy who began the conversation, being a fairly quiet sort of guy myself I’m never one for diving into conversations with complete strangers. But not Lucy Housestairs, oh no, she waited until the train pulled out and I had this gleaming new paperback on my knee,  (it was so new it still had the smell of the printers about it) then, just as I was thinking about getting into the book she waded in with her life story.

She was twelve but said she had felt older all her life. Born in a large detached Georgian house somewhere away from the smoke and the traffic she had suddenly been thrust into normal bustling city life when the recession had forced her father to sell up and move closer into town. In a strange sort of way this had appealed to her. The streets may have been littered and crowded but where there were crowds there were people. And where there were people there were lots of opportunities. Lucy knew from day one, so she told me, that she wanted to be an agent. Not for a catalogue or Tupperware. Oh no. She wanted to be a spy. Her mother had died when she had been only nine and, old before her time she had done her best to look after the house and her father, in between a frantic school life. At the time she met me she was considering dying her hair green and having her nose pierced, but she was acutely aware of peer pressure and didn’t want to be seen to be merely conforming. She asked my advice on this and all I could think of in reply was to say that she’d probably need an awful lot of hair dye to mask her natural colour. She considered this then laughed. Then she told me the most extraordinary of stories.

Three weeks previously her school had burnt down in a freak accident. Well, in Lucy’s words it had been barbecued. Talking of Lucy words, she had several of her own peculiar phrases; at least they were peculiar to me. Boys were generally referred to as twollops, seriously good things were seen as wellcrickle and anything bad was known as stumdugg. In Lucy’s world girls were most often wellcrickle, while the male of the species was all too frequently seen as stumdugg. Extremely stumdugg in fact.

“Well, no one knows what happened,” Lucy said as she told me about the fire. “But we all had our own ideas, I mean, Mrs. Claverham, the head, she told everyone it was the electrics, but I reckon it was spontaneous combustion myself, either that or gun smugglers. Stoogie told me about them. They’re well stumdugg.”
Stoogie was Lucy’s cousin and not the person you’d most like to meet at midnight in a dark alley if you were all on your own and carrying a lot of money in your back pocket.
“Stoogie’s not a criminal or anything,’ she said, ‘he’s just a major twollop. I mean, a premier league twollop. Why can’t boys be like girls?”

It was not easy for me to answer this question, particularly as I fell into the category of being a twollop myself. Lucy then went on to explain that the fire had taken place just four days before the Easter holidays, so the solution was a simple one. Costly, but simple. The holidays were extended by four days while the builders moved in.

“Wellcrickle!” she said with her green eyes blazing like wildfire.
“You’re not into school then?” I asked her.
She considered this for a moment then said, “It has its uses.”
I was pleased to hear it.
“I mean, without it you wouldn’t meet any twollops, and you need time to adjust to them don’t you? You need time to realize just how stumdugg they are.”
“Do you? Well yea, I s’pose you do but that’s not all you learn about at school, is it?”
“Oh no. I’ve learnt about lots of dodgy things. I guess I could be learning a lot more, but we keep having to go to lessons and that interrupts your education.”
I dreaded to think what education Lucy was picking up between lessons. One thing was for sure, it wasn’t like mine, and was probably stumdugg on an epic scale.
“So what did you do with your extended Easter holidays?” I asked her, hoping to change the subject.
And now she smiled. “Assassins,” she said.

And there the adventure had begun.

A trilogy of action adventures for youngsters of all ages. 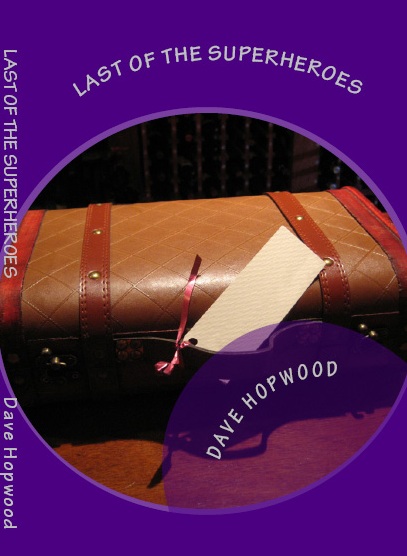 Danny Garret is an ordinary boy with a very ordinary life, then one day, to his horror, his father enlists him in the local cathedral choir. Things couldn’t be worse. All the boys and girls in the choir wear weird clothes and have blank, pious faces. The cathedral staff are all old, severe and dusty; no one ever smiles and chewing gum is banned. Life begins to look very bleak for Danny, very bleak indeed. His life has moved from being happily ordinary to being sadly grey and dull. But after his third rehearsal Danny receives a shock and gradually Danny discovers the truth. The choir is not a choir at all, but a clever front for the Nimrod Academy of Action Heroes, where all the children are offspring of famous heroes and the dusty, old tutors turn out to be hardened instructors in disguise. Danny quickly befriends some of the other students, Felicity Gordon, Minnie Dundee, Karl Kent, Lucy Skywalker and Jake Bond, who prefers his milk shaken – not stirred. Before long Danny finds himself fighting for his life on an adventure to retrieve an ancient Khmer artefact from the age-old temples of Angkor, hidden deep in the jungles of Cambodia.

‘As the first of the Danny Garret books I was intrigued to find out who Danny was. It was an amazing read and I found it really hard to put down once I’d started and found myself reading it several times over. As soon as I’d finished this book I immediately went onto the sequel to find out more about Danny and his friends. I thoroughly enjoyed reading this and will read again in no time I’m sure..’ Ruth 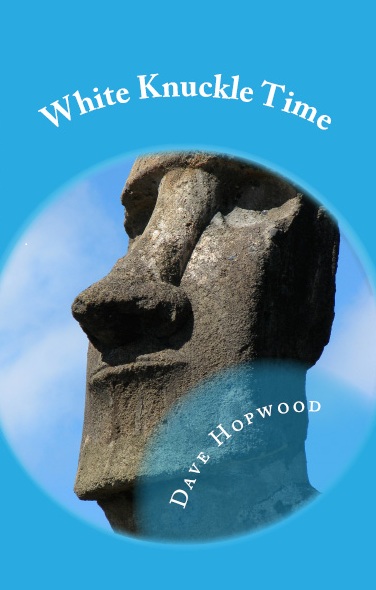 On this, his second adventure, Danny finds himself on a global quest battling dangers and dinosaurs around the world as he and the others set out to discover just who is attempting to destroy Nimrod’s Academy.

‘I have loved reading the trilogy over and over again. I hope there’s going to be more adventures for me to read but until then I will definitely re-read these thrilling stories.’ Ruth 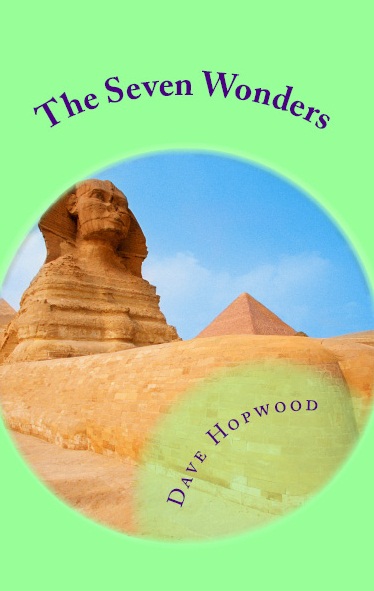 The final part of the first Danny Garret Trilogy. The cadets from Nimrods embark on another mission, looking for the Seven Wonders of the world. As ever there are problems they must solve, dangerous creatures they must overcome, and a deadly enemy they must face. Don’t miss this final thrilling instalment.

‘The story of Danny Garrett is brilliantly written, and is so much fun you will want to be reading it into the early mornings! I highly recommend this for adults and children alike – among the best escapism I have found.’

A Dark Tale of Love & Obsession (Paperback and Kindle)
One day can change everything. 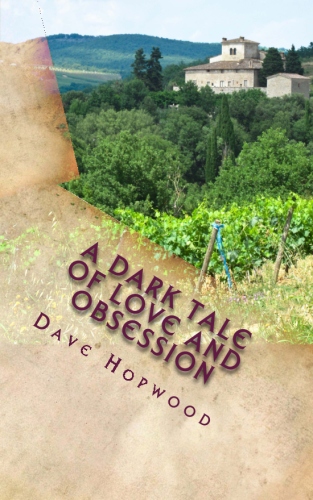 A twisting, jigsaw of a mystery. Alice has gone to Spain to escape. Will escapes every day, riding the tube and sitting in coffee shops. Neither realises that this day everything will change, all will be different. This is a dark twisting jigsaw of a tale, a story of love, obsession, lust and the unexpected.